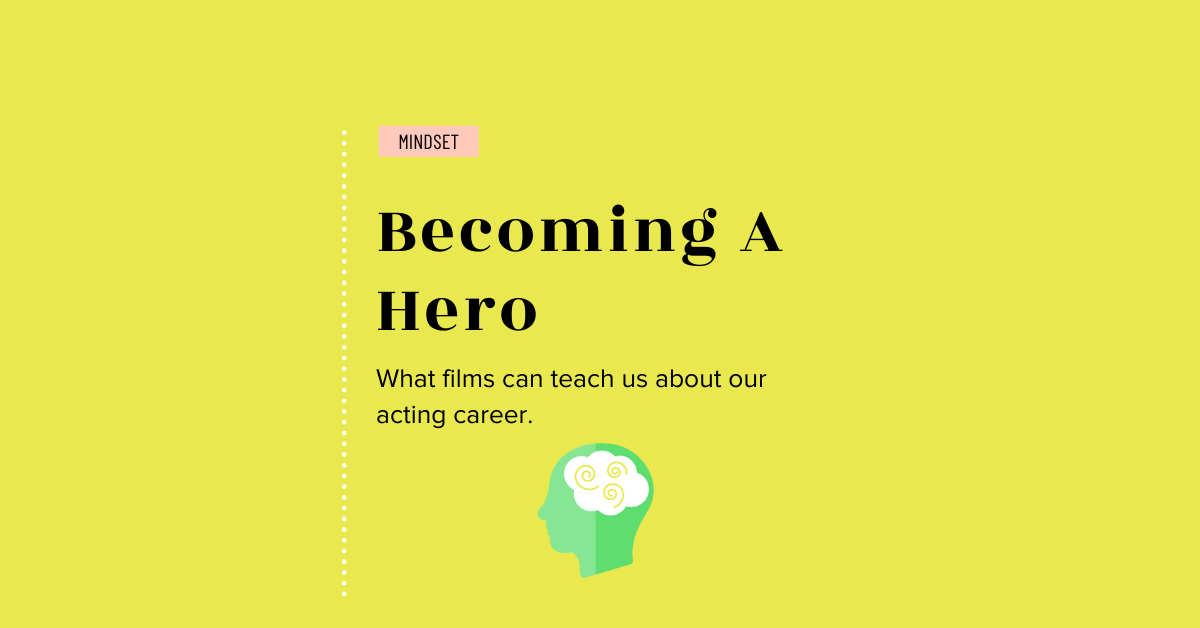 Have you ever thought, “I wish they’d make a movie about my life!”?

What would it take for your live to be truly “movie worthy”?

• Do you need to have become a world-famous recording artist?
• Invented something that forever changed the way we mop floors?
• Been first lady?
• A civil rights activist?
• A war hero?

Those things might help. But it’s not the heart of what makes people like Tina Turner, Joy Mangano, Jackie Kennedy, Martin Luther King Jr., & Willam Wallace or Joan of Arc “movie worthy” heroes. It’s simpler than you think!

WHAT MAKES A CHARACTER WORTH ROOTING FOR?

We’re compelled to root for a character when they RELENTLESSLY PURSUE a MEANINGFUL GOAL. That’s it! But let’s dive deeper into what makes the hero’s life a great story.

WHAT MAKES A GREAT STORY?

A story is worth telling when we have a FLAWED CHARACTER with redeemable traits…
who RELENTLESSLY PURSUES a MEANINGFUL GOAL…
supported by a strong WHY and STAKES…
all while facing STRONG OPPOSITION.
And sometimes, when ALL SEEMS LOST…
she must do the ONE THING SHE’D NEVER DO to overcome the opposition.
Only then do we get to witness the PAYOFF of seeing her achieve the goal and live happily ever after OR…
not achieve the goal and get WHAT SHE TRULY NEEDED after all.

This a broad sketch of a story, of course. But let’s look at an example.
I’ve chosen THE LITTLE MERMAID because… we’ve all seen it, right? No spoiler alerts needed? Sweet.

We start with a restless & stubborn mermaid (flawed character) who is loyal to her family, and eager to learn (redeemable traits).

GOAL: To be with Prince Eric

WHY: Because he represents the human world and all the unknown adventure it holds.

TACTIC: She disobeys her father’s orders and makes a deal with Ursula. If she can get him to fall in love with her, she will remain a human and achieve her goal. If not…

STAKES: Ursula will own Ariel’s soul.

OPPOSITION: Ursula has taken Ariel’s voice away. It’s the one way Eric could have recognized the “Mystery Woman” that saved him and robs Ariel of the ability to tell Eric what’s happening.

OTHER OPPOSITION: To name a few, we’ve got the pissed off dad looking for her, Eric is sure the woman he loves is not this awkward mute woman, those damn gross eels flipped the boat over when Eric was about to “Kiss the Girl,” and the real kicker? That Ursula b*tch all up in there using Ariel’s voice.

While I don’t know if we see Ariel do the ONE THING SHE’D NEVER DO here (though we’ll get to that in a second) we can certainly classify her actions under RELENTLESS PURSUIT OF A SINGLE GOAL! Coming to a head when she paddles out to the boat and all her sea-life friends ruin Eric’s wedding, breaking the spell and restoring Ariel’s voice.

But it’s too late! Ariel failed her goal. And Ursula owns her soul.

ALL IS LOST. And King Triton, faced with his worst fear of losing his daughter (STAKES), gives up his reign over the sea to save her.

And here’s where KING TRITON, in seeing his daughter’s love for Eric is real, DOES THE ONE THING HE WOULD NEVER DO: let Ariel go by making her a human.

So Ariel did end up with Eric, but not the way she planned. In fact, this way is much better because it’s with her father’s blessing!

By the way, if you thought seeing the story laid out this way was illuminating, check out my mini-course, Flipping The Script. You’ll learn to use these principles to write your own scenes for your reel.

We root for people who are after something. We rarely watch movies about a guy pissing & moaning… waiting for life to hand him anything. It’s just not worth cheering for!

If you’re wondering how to make yourself a hero worth rooting for, ask yourself:

• Do you have a goal you’re relentlessly pursuing?
• Why is that your goal?
• What’s important about it?
• What tactics are you using to overcome the opposition?
• If your back were against the wall, how would you change and what would you do?
• How will you know if you’ve succeeded?

Is that the ONLY way you’d consider your pursuit a success?

A HERO’S GOAL CAN BE LARGE OR SMALL!

Look at the difference in scope between these examples:

What are you relentlessly pursuing? I’d love to help you get there!