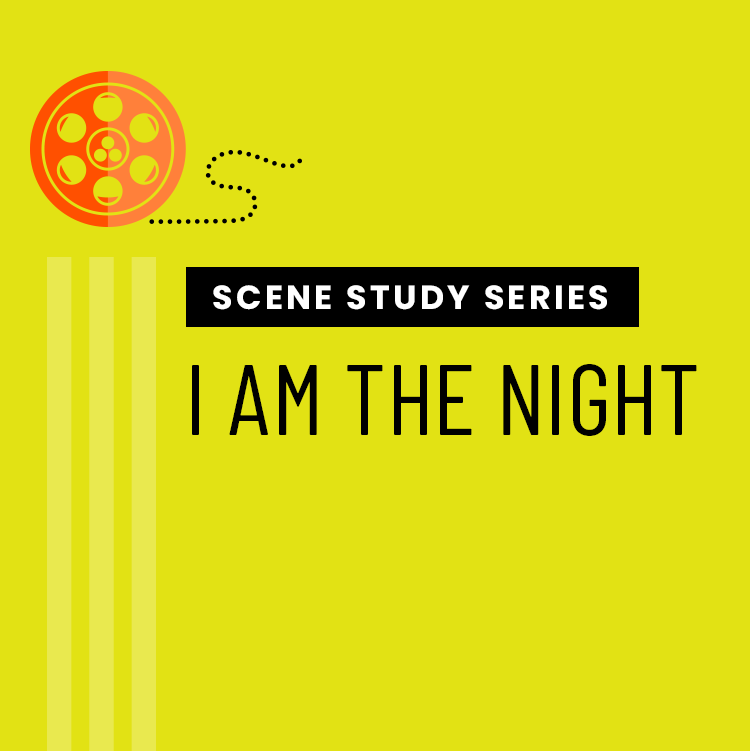 In this Scene Study Series, we’ll explore the practice of bringing a scripted character to life.

If you’ve ever had an audition that felt “flat” or needed examples of what it means to “take a risk” in your auditions, we hope to help by showing examples of actors bring the page to life in exceptional ways. And if you find value in this post, you’ll love my newest course, Happy Actors Scene Study. Let’s dive in!

This particular scene has only three scripted lines! It would be easy to fall into the trap of thinking there’s not much here to play.

I AM THE NIGHT tells the gripping story of Fauna Hodel, a teenage girl who is given away at birth, and grows up outside of Reno, Nevada. Fauna lives more-or-less comfortably with the mysteries of her origin, until one day she makes a discovery that leads her to question everything. Based on the true story of the Black Dahlia murder.

SERIES: I AM THE NIGHT

Jay Singletary: Ex-veteran living with ghosts – from the war and stories he could never crack. Calms his anxiety with cocaine. Once a hard-hitting reporter covering major events, Jay now makes peanuts as a photographer for the gossip columns. He’s even got a trunk full of props to help scam his way into places he shouldn’t be so he can get the shot.

Read the scene as it’s written and think about how you would prepare this for an audition. When you’re ready, you watch the final clip below.

As you’ll see, there was a bit of a rewrite between the script and the final cut. But what Chris Pine brings to life between his lines is so much more than what is on the page. Enjoy.