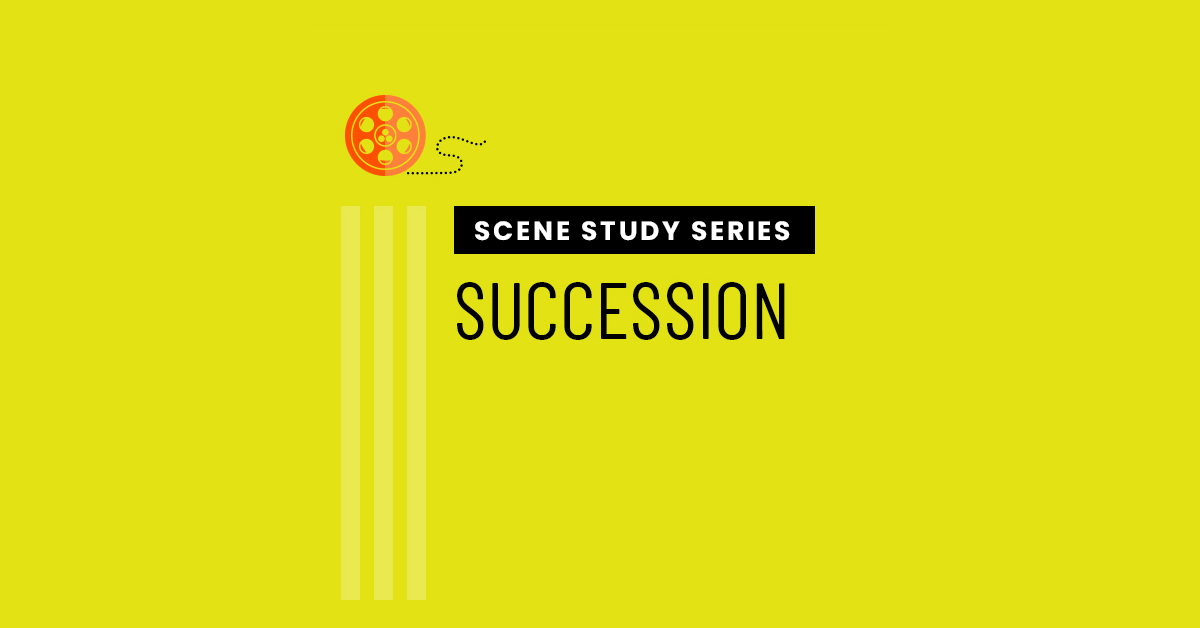 If you’re new to the Scene Study Series, check out this other post on I AM THE NIGHT. This series is meant to sharpen your acting skills by examining scenes that could be confusing in an audition or don’t seem like much on the page. You’ll have a chance to think about how you would handle the script, and then see what the pros did to bring it to life.

This week, let’s look at SUCCESSION. Succession follows a dysfunctional American global-media family as they navigate power, status, and jockey for the privilege to take over the most powerful position in media.

Roman Roy: Wise-cracking, entitled brat, born into privilege. Does what he wants, takes what he wants. Ready to take everyone in the room down with a cruel insult or sue them just to “see what it’s like to actually, literally destroy someone.” The one person he occasionally cowers to is his father, Logan Roy. He often struggles to walk the line between showing his father he’s ready to stand on his own two feet and being a “yes-man” to stay in his good graces.

Read the scene as written and think about how you’d prepare this for an audition. When you’re ready, watch the final clip below.

BACKSTORY: In the previous episode, on a family vacation to Argestes, there was a family “incident” between these two characters. For the sake of spoiling as little as possible, I’ll just say that the event discussed in this scene DID actually happen. Though neither character wants to admit it.

I chose this scene because there’s almost nothing to work with on the page. If you received this as an audition, it would be very easy to phone it in because there’s “nothing here.” But watch how much is not being said and bubbles underneath the surface of Roman’s character.

On a technique level, this scene is a perfect showcase for the power of eye contact. In fact, Roman never once makes eye contact with his scene partner for the entirety of the clip.