What’s the deal with signing out at auditions? The details can get confusing so I hope to help in this post. But you are running your own business and must do what feels right to you. This is my opinion for you to chew on and draw your own conclusions.

THE PURPOSE OF THE SIGN-IN SHEET

At every SAG-AFTRA audition, you’ll find a sign-in sheet that casting will turn into the union. Among other uses, this sheet tells the union how long actors were made to wait for their audition. If an actor has spent longer than one hour at an audition or callback from their scheduled call time, she is entitled to a penalty fee. (These rates change, so you can find the current fees on the SAG-AFTRA website)

WHO PAYS THE PENALTY FEE?

FIRST CALL: At the first audition, the casting director pays overtime fees.
CALLBACK: At the callback, the producer pays the overtime fees.

Many actors do not sign out at auditions. Maybe it’s because they don’t realize they can or because they fear that it will piss off a casting director and ruin their relationship.

That’s not a completely misguided fear. There are casting directors who get in a twist when actors sign out because they have to pay the penalty. So here’s my opinion about how to handle this going forward.

Everyone signs out, all the time.

If we all sign out (like we are supposed to do every time) then individual actors would not be singled out for doing so. It takes a brave few to start swinging the culture back to the way things are supposed to be. Are you willing to accept the challenge?

Give casting the same grace you would hope to receive.

If you’ve ever run 5-10 minutes late to an audition where casting didn’t give you crap about it, perhaps you can consider giving them the same grace. If you’re at an audition for 63 minutes, maybe you sign out with the adjusted time to not penalize them. But remember, you are still signing out – because you do it every time.

There are some people who would say “hell no” to this advice. But this is my personal way of doing business. I can handle running a few minutes behind without being petty. However, if you were 30 minutes late to an audition, casting would have something to say about it. And your time is equally as valuable.

Pssst… did you know I have a FREE Masterclass available? It's called 4 Battle-Tested Mindset Shifts For A Happy & Profitable Acting Career and it’s a jam-packed one hour of career-shifting goodness you won't want to miss! Here’s just a taste of what we’ll cover:

You’ve got nothing to lose! Hop on over and grab your seat in class here. Can’t wait to share what I’ve learned to help you have the career of your dreams! 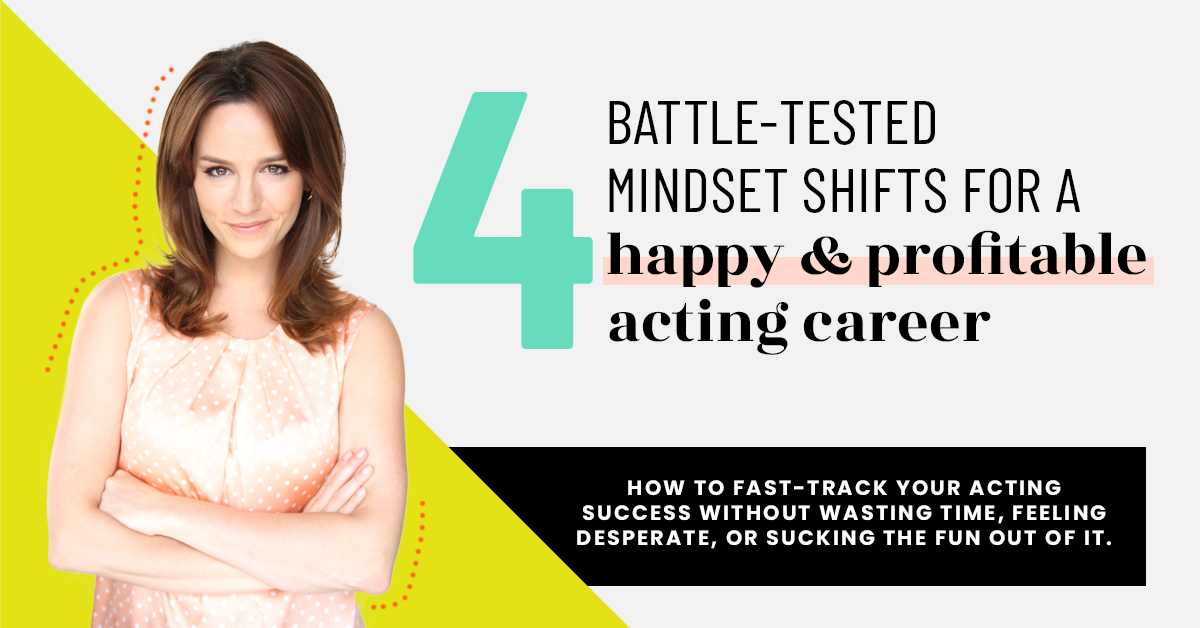