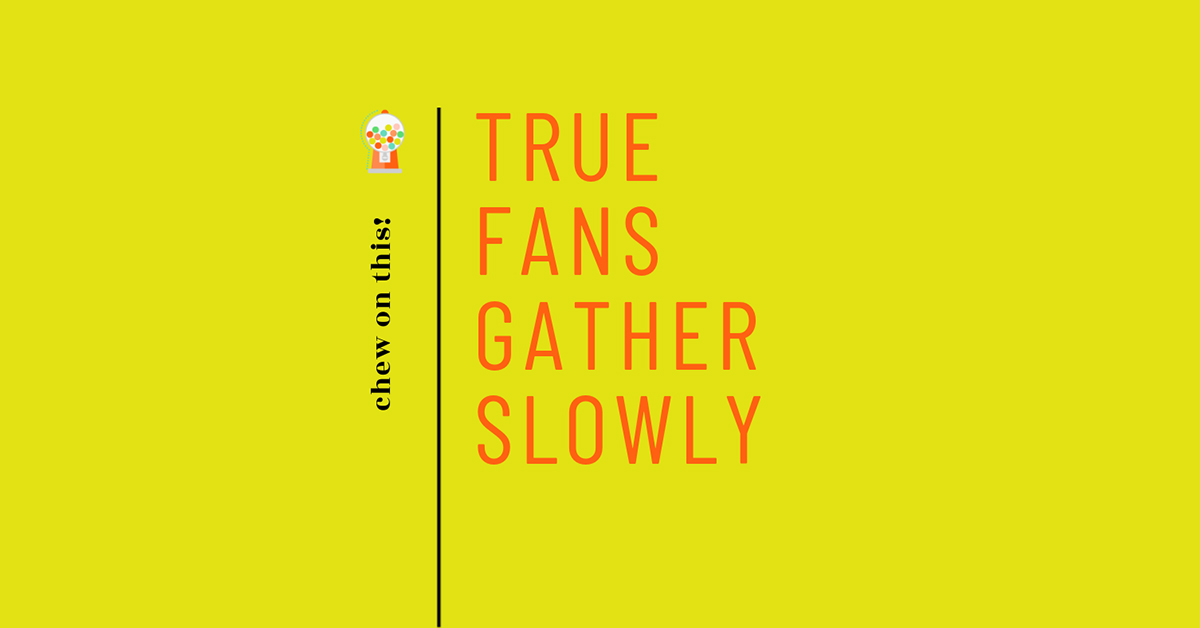 I bet most actors have felt “behind” at some point in their career. They feel they should be “farther along by now.” It’s just the nature of a business so deeply centered around looks, sex-appeal, and youth.

But when we start to feel behind, we start to scramble. Like when you’re super-late to an important audition and you spill coffee on your shirt, stub your toe, and forget your sides at home. It’s a hot mess!

When we scramble in our acting business, we throw money at showcases, shoot yet another round of headshots, and go nuts posting selfies on Instagram because “selfies get the most likes and engagement matters.”

I’d like to invite you to slow down. Hear me out.

I know you’ve been told that large numbers of followers matter. But that’s not entirely true. It’s one of those sound bites I often talk about when well-meaning people try to give advice but don’t explain it well. So, I’ll translate.

Think about it, how many times have you “followed back” just to be nice? A follow means nothing. What matters are the fans and followers that genuinely want to see what you’re up to.

These are the ones who’ll cough up thirty bucks and drive to West Hollywood to see your show. The ones who say to their friends “You have to follow this girl, she’s hilarious!”

Those are the only followers that matter. And you cannot buy them.

I already know what you’re thinking! “But Tristen, I was asked to write down how many social media followers I had at an audition – so numbers do matter!”

When you’re asked to write down your followers, production is using a filter! Yes, someone with 100k followers is more appealing than someone with 100. But they will still investigate. Don’t think it’s hard to spot who bought their fanbase – because it’s VERY EASY.

Instead of thinking about the results (AKA the numbers) I’ll invite you to focus on the cause, which is making true fans SLOWLY!

HOW DO YOU FIND THE TRUE FANS?

Allow me to share my two-step process to gather your fans, slowly.

Step One: Do work worth talking about.

DO WORK: Lot’s of work. As much as you can. Be in plays. Shoot a low-budget sketch. Organize a table read. Just do the work.

WORTH TALKING ABOUT: If you’re a content creator, make stories worth sharing. Perhaps because it offers a POV someone might not have considered. Or because it expresses something they couldn’t say themselves. Same goes for social media content and live performances.

True fans, the kind you really want, build SLOWLY. Ever so very very slowly. Sure viral videos are great. But they’re hard to pull off on a consistent basis and they don’t necessarily produce true fans. People watch it and move on to the next viral vid in an insatiable appetite to cure their boredom with junk food.

True fans come from seeing your work be consistently good over time. And therein lies the rub. It takes TIME.

In a packed live performance of 150 people, maybe only two go home and look up everything you’ve ever done and become true fans. But they’ll show up to your next performance and bring friends. Every single fan counts!

When you come to accept that True Fans gather slowly, it gives you space to stop scrambling and think for a second. What do I actually want to create? What would attract the right people to my fan base?

What are you doing to gain fans slowly? If you’re in a show or have a vid to share, send it my way! I’d love to see.