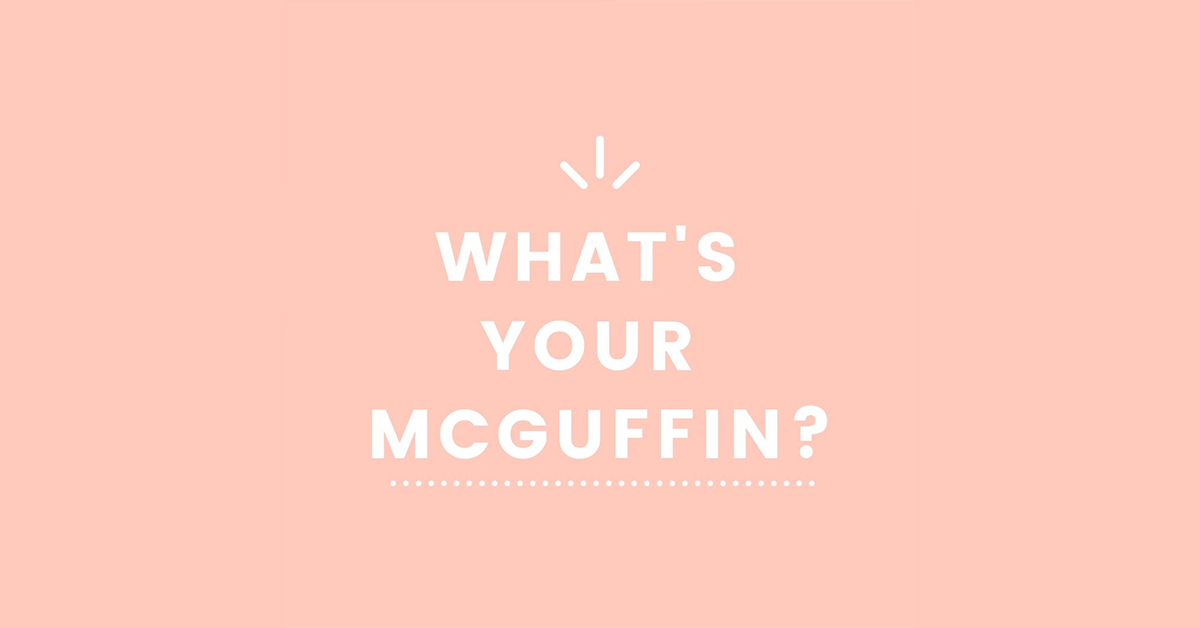 Have you ever heard of a McGuffin?

McGuffin: an object in a movie or book that serves merely as a trigger for the plot. For further context, below is paraphrased from this article:

“Alfred Hitchcock described it as the linchpin of the mystery; the motivating or primal force behind the narrative.

It’s the device, the gimmick, if you will, or the papers the spies are after. The only thing that really matters is that they must seem to be of vital importance to the characters. To me, the narrator, they’re of no importance whatsoever.

[RE: The Maltese Falcon] Gutman could have just said, “Black bird; worth a lot of money.” Why two thousand words? Because if the bird isn’t rare, and romantic, and incredibly valuable, why would Gutman spend seventeen years of his life hunting for it? Why not just rob a bank? Half a dozen people die pursuing or protecting the black bird, and Hammett had to make you, the reader, believe that the object was worth the blood spilled for it.”

So what’s your McGuffin? An Oscar? A series-regular deal? Something else?

What is your motivating force behind your pursuit of acting? Because whatever it is, I know it is of vital importance to you and you believe it’s worth the blood spilled for it.

The reason you’re so passionate about it is exactly what he explained above: it’s rare and romantic.

But want to know the secret of the McGuffin? It’s only a device to drive the plot. Nothing more. Whether the characters actually achieve it has nothing to do with the meaning of the story.

Think back to Indiana Jones and The Holy Grail. The Holy Grail is the McGuffin. It’s all Indi and his father thought of for most of their lives. And yet, at the end of the movie, nobody has it.

It’s who the characters BECOME in their pursuit of the McGuffin that makes the story worth telling. They didn’t get the Holy Grail, but they rediscovered their love as father and son – perhaps more valuable in the end.

Who you BECOME as you chase your dreams is what your story is really about. Not the shiny object you’re chasing.